The upheaval of Amyloidosis – Raising awareness in honour of my Dad

My Dad was a very fit, healthy and active man who spent his days farming his beloved Angus cattle herd. The constant maintenance of keeping my parents farming properties in top shape had him out and about every day. He was also a very active member of the Victorian Farmers Federation and travelled around the state to campaign for Victorian farmers. Saturday afternoons during summer would see him on the tennis court playing A-grade tennis with me. So all in all he was a very fit, lean and active person.

2012 saw some sudden changes. The big factor was that my Dad was suddenly feeling breathless walking up a slight incline, something he had never experienced. He started getting very tired and becoming lethargic. His local GP told him he “wasn’t getting any younger and could no longer do the things he did when he was thirty”. But he did order numerous tests and then refer him to a cardiologist.

I traveled to Melbourne (three and a half hours away) with my parents to the Alfred Hospital where Dad was to undergo a cardiac MRI. He had waited over three months for this MRI as there was only one machine in the whole state of Victoria. Over that time Dad continued to deteriorate.

Dad’s cardiologist then ordered a heart biopsy which showed that he had a type of Amyloidosis.

Dad was then referred to a haematologist and back we went to Melbourne. What we thought was a day visit turned into a week. He was admitted straight into the St Vincents Private Hospital where over a number of days he underwent kidney and bone marrow biopsies along with a trans-thoracic echocardiogram. His urine was constantly tested to monitor protein levels The renal biopsy showed heavy deposits of amyloid. These procedures were performed to determine the exact type of amyloidosis he had and which organs were involved so that a treatment plan could be formed. By this stage five top organ specialists were looking after him.

All this was complicated by Dad having to have emergency surgery on the third night for a spontaneous haematemesis caused by a tear at the entrance to the stomach. No evidence of amyloid was found in the stomach at surgery.

By the end of the week we learnt that Dad had advanced Light Chain AL amyloidosis with multiple organ involvement – the heart, kidneys and liver. Because of his heart involvement a stem cell transplant was ruled out. After a week in Melbourne we returned home trying to come to terms with the news that Dad had been given a prognosis of 6 months to 2 years to live and would need treatment.

48 hours after arriving back home to the farm, Dad became sick and was airlifted back to Melbourne with pneumonia which fortunately quickly responded to intravenous antibiotics. 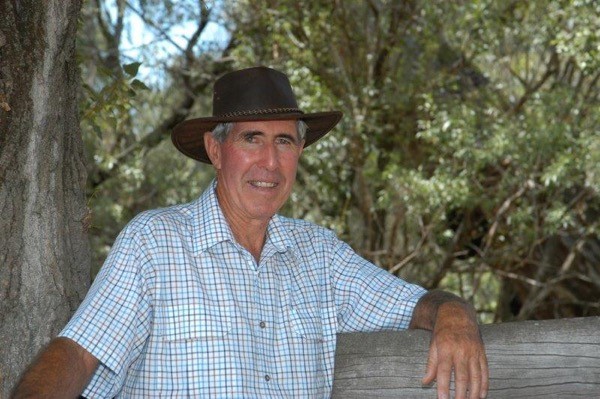 He managed to undergo four treatments of the chemotherapy drug Bortezomib/velcade with steroids but ended up back in hospital with blood in his urine, which doctors thought may have been a side effect of the treatment.

Five weeks after his Amyloidosis diagnosis, on 13th May 2013, Dad went into the Albury Private Hospital to have a small day procedure to investigate the blood in his urine. As he was being prepared for the procedure he suffered a cardiac arrest. In spite of the doctor’s efforts over 45 minutes to resuscitate him he did not respond. The amyloid deposition in his heart had suddenly stopped it working.

A week after he lost his short battle, information about amyloidosis arrived in the mail. As I read about some of the symptoms, racoon eyes (bruising around eyes), weight loss, fatigue, muscle loss, swelling of the ankles, hoarse voice and breathlessness, all experienced by my Dad, I wished we and his doctors had recognised these symptoms as being due to amyloidosis much earlier.

With no cure at this time for this group of rare, horrible diseases and the medical experts telling us that early diagnosis could mean earlier treatment and hopefully improved quality and duration of life, I am now determined to honour of my dad by helping raise awareness about amyloidosis.
If we can all join together to raise awareness perhaps other families will be saved from the emotional rollercoaster we experienced when no one could tell us until too late what was causing Dad to deteriorate so fast

Perhaps one day when patient’s present with the symptoms listed below and no immediate cause can be found for them, their doctors will automatically think “Could these symptoms be due to amyloidosis?”.