I was diagnosed as a child with a disease called bronchiectasis. This chronic disease eventually caused my AA amyloidosis which affected my kidneys and eventually led to kidney failure.

My kidneys had been failing for nearly 20 years so when in 2005 I was told I needed dialysis I thought I would take this all in my stride. How wrong I was as I suffered a huge grief reaction and felt I had failed in my life.
But dialysis was my only hope of living so I had to try and get over my feelings.

I had a fistula put in my arm in March 2005 and started treatment eight weeks later. From the beginning I had very supportive staff around me but I had lots of problems with my immature fistula vein and would only allow chosen nurses to put my needles in. This led to the suggestion, given in a caring but straight way, that if I was going to be choosy I should learn to needle myself!

This proved to be difficult as the neuropathy from my amyloidosis had affected the ends of my fingers made feeling for the vein very hard.
With persistence and a very tight tourniquet I began to manage most of the time.

I then threw myself into learning about the dialysis machine and after 12 rather stressful weeks I was determined to achieve home dialysis. This I felt would make life so much easier for my 11 year old daughter and my husband.

Although there were many times when I said very loudly “I hate dialysis machines”, I began to feel better and more able to cope and by September 2005 I was at home with my machine fully plumbed in and ready to go.

I cannot say that home dialysis was all plain sailing for either my husband or myself but we tried to make it work as I had been told I was not eligible for a kidney transplant because of my amyloidosis.

However, I was extremely fortunate to have a very forthright renal physician who thought I was quite well enough to get through such a procedure. Being true to his word he worked hard to get me an interview with the Princess Alexandra Hospital Brisbane, transplant team and I was accepted onto the transplant list.

On March 7, 2008 I received a wonderful phone call telling me to get to the hospital at once. I had waited three long years for this call and I laughed and cried with my family as we packed my suitcase.

It almost didn’t happen though. When we arrived at the hospital I was informed that there was another recipient for the kidney and I was only there in case that person couldn’t have the transplant. What a disappointment. I couldn’t bear to wait in the ward so we went to the coffee shop and 30 minutes later my dream came true and I was called back and told the kidney was mine!

The transplant went well but the huge doses of prednisone as well as the anti-rejection drugs caused atrial fibrillation. I thought I was going to die of a heart attack instead of amyloidosis. This was solved by administering a controlled electric shock, to restore my normal heart rhythm which left me feeling terrific.

Balancing the side effects of drugs after the transplant was not easy but in comparison with dialysis it was far more preferable.

I enjoyed some wonderful years with my new kidney and always said that I would never go back to the dark days of dialysis if my new kidney failed. But when the time came I chose to take the only option to allow me to go on living.

I had flown to the UK to see my father. The plane journey and stop off in China was horrific. I don’t know how I got home. My creatinine was through the roof and my doctor put me straight into hospital. High doses of prednisone seemed to help but ultimately my transplanted kidney was failing slowly. A few months later I suffered a burst diverticular and became ill again. 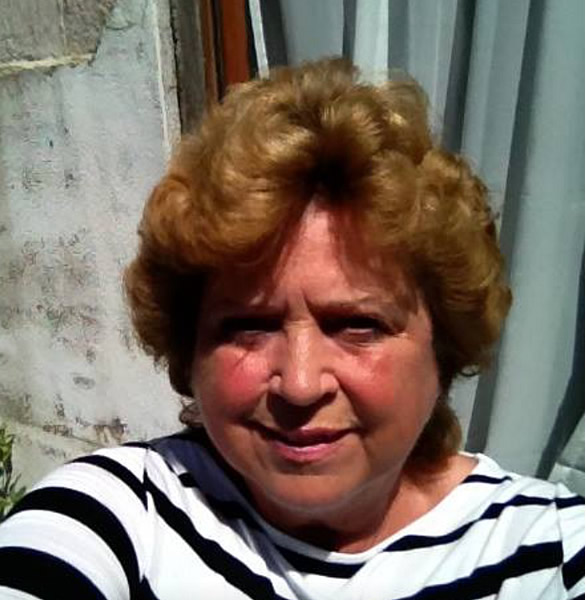 Two years earlier I had undergone surgery for a blocked bowel and was left with a colostomy. Because of my bronchiectasis I coughed a lot and caused a hernia so large that it hung down over my stomach.
It was decided to remove this hernia and while the surgeons were doing this operation they intended trying to join my bowel together again so I wouldn’t need my colostomy bag. Unfortunately the tissue inside my bowel was found to be friable and useless due to the amyloid and this time I ended up with an ileostomy in my small bowel high under the stomach.

During this operation my body closed down and the transplant kidney collapsed, my lungs filled with fluid my heart went into stress and I was ready to die. With fantastic care from medical staff and support from family and friends I survived but I was very depressed and didn’t know whether I wanted to start dialysis again and live. My very special doctor shouted at me in the end and asked me to make up my mind whether I wanted to live or die. This spurred me into making the effort I needed to survive.

After 11 weeks in intensive care and a hospital ward I persuaded the doctors to let me home, walking was difficult but with my usual bullheadedness I knew I could cope.

Dialysis this time is much easier I am not angry any more with my body for failing but I also now have all my memories of traveling around the world after my kidney transplant and I now have many wonderful reasons to live.

Sadly,  Ann died on 14/5/2019. Her family have given permission for her story to be posted in her memory.

“Bronchiectasis is a lung disease that occurs when the walls of the breathing tubes or airways widen due to chronic inflammation and/or infection. This results in irreversible damage to the lungs, which allows mucus to pool in the damaged airways. Infection in these breathing tubes contributes to ongoing inflammation in the airways. It may affect many areas of the lung, or it may appear in only one or two areas. Bronchiectasis is characterized by recurrent chest infections (flare-ups).” Lung Foundation Australia

What is AA amyloidosis?