Following a 32-year career in plant pathology R&D for agricultural and biosecurity applications I was well-versed in DNA-based diagnostic technologies. But I never imagined that at 68-years of age, I would be the topic of a difficult diagnostic investigation which required innovations in proteomics diagnostics.

While undergoing prostate cancer treatment in 2015, amyloid deposits were detected in my prostate gland biopsy. This chance finding led to further investigation and a diagnosis of early systemic amyloidosis with heart involvement.

I was fortunate to be referred to the haematologist and director of the PAH amyloidosis Centre,  Dr Peter Mollee, who is at  the forefront of systemic amyloidosis diagnosis techniques in Australia.

Dr Mollee found that I had a monoclonal lambda immunoglobulin free light chain in my blood which can be the causative problem underlying AL amyloidosis. However, there was a possibility that the amyloid deposits could be of transthyretin (ATTR) type. Or that the circulating monoclonal  immunoglobulin lambda free light chains was unrelated to  the amyloidosis but was due to a condition called MGUS.

In my case the current standard method of diagnosis concluded with a negative result.   Dr Mollee then, using a section of my prostate tissue, carried out laser-capture microdissection-coupled with tandem mass spectrometry. A typing method available at the Princess Alexandra Hospital (PAH) Amyloidosis Centre in Brisbane.

Using this tissue, the proteomics method identified immunoglobulin lambda light chain, as well as signature amyloid associated proteins (ApoE, SAP, ApoA4, vitronectin and clusterin). Dr Mollee then concluded that a confident diagnosis of lambda light chain amyloidosis could be made and appropriate treatment was able to commenced on October 28,  2015  following a whole body bone and cardiac nuclear scan.

Read:  Proteomics to the rescue – Precision diagnosis for precision medicine

My treatment consisted of a sixteen-week course of chemotherapy, bortezomib (Velcade), cyclophosphamide and dexamethasone. The bortezomib was administered by IV in the hospital haematology day care unit while the cyclophosphamide and dexamethasone were taken orally.  I also have a drug called Zometa given by IV regularly to improve or maintain my bone density

The anti-viral drug valaciclovir (Valtrex) was also prescribed to be taken every day to reduce the risk of getting shingles, a disease I had in 2001, which was fortunately diagnosed early and treated with an anti-viral drug.

I had very few side effects during the course of treatment, apart from the effects of dexamethasone causing insomnia for a couple of days each treatment cycle. There were some minor episodes of intermittent peripheral neuropathy as well as some intermittent random bone pain.

After the fourth weekly treatment there was a dramatic decrease in my Lambda (L) reading, down to 24 mg/L, with the Kapa (k) reading down to 6 mg/L, with the K/L ratio at 0.25 (still just outside the normal ratio range listed as 0.31-1.56). As the treatment continued, the K/L ratio went on dropping and moved into the normal range by the completion of treatment on 9 Feb 2017. The K/L ratio remained in the normal range until September 2018, but the L readings had been slowly rising for several months before and continued to rise slowly during 2019 The L levels were much lower than those before my velcade treatment started but they were still heading in the wrong direction. 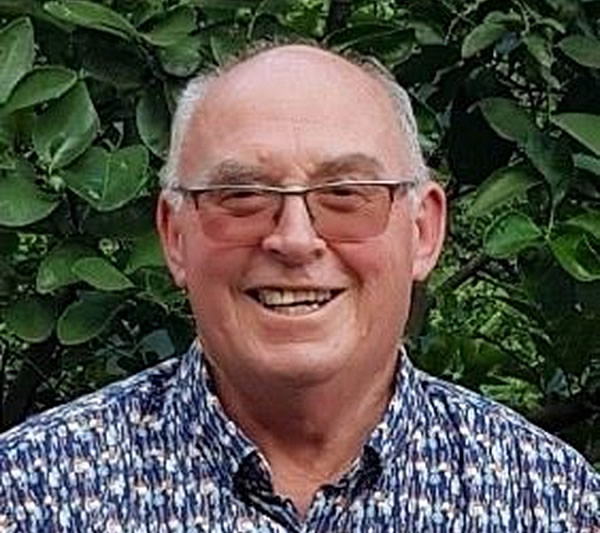 After discussion with my own haematologist and Dr Mollee in May 2020, a new drug was suggested called ixaomib (ninlaro). This is a proteasome inhibitor which can be taken orally at home, a real plus in these Covid19 restriction times.

I am in control of administering the drug and carefully follow the instructions supplied by the manufacturer with each tablet. It was noted that ixaomib was to be taken at least one hour before food or at least two hours after food, while  dexamethasone has to be taken with food. So I organised a spread sheet listing all my medications and times to take them and I enter times when each medication is taken. This works for me but might not work for other patients.

If you are taking multiple medications and have problems remembering when to take them, a discussion with your pharmacist could be helpful. Pharmacists can organise all your medications into ‘Webster Packs’. These packs list; the days, the time to be taken and, the medication in each section of the pack.

Like velcade, Ixaomib was developed to control Myeloma. The Australian Therapeutic Goods Administration (TGA) have approved ixaomib as a safe and effective treatment but, it has not yet been listed to be subsidised by the Pharmaceutical Benefits Scheme (PBS).

My treatment commenced on June 25 with izaomib taken once a week on days 1, 8 and 15 with dexamethasone taken in tablet form, on the same days and on day 22 by itself. This completed four weeks of treatment and one cycle of this regime.

A total of three cycles, each of 4 weeks, completed the initial treatment on September 10, with few side effect I also took the anti-viral drug Valaciclovir (Valtrex), once per day for the 12 weeks, to reduce the risk of getting shingles,

I then commenced a second 12-week course of treatment on September 17.